PCA Committees and Working Groups are led by our Members.

As a PCA member or a Pennsylvania-licensed Doctor of Chiropractic, one of the most important things YOU can do to assist YOUR Chiropractic profession is to know your state legislators! Click here to find your local State Representative and State Senator. Interested in joining PCA’s mission to advance the profession? Email us to inquire about joining PCA’s Legislative Committee!

PCA seeks thoughtful and committed members, seasoned DCs, AND those who are new to practice wanting to advance their profession by committing the time they have available in service to PCA.

Preauthorization Standards and Transparency in PA

Join the Fundraiser for Rep Lawrence on Sept 27

The Lawmaking Power of the Commonwealth of Pennsylvania

Write to your U.S. Congressman

How to read Legislative Bills 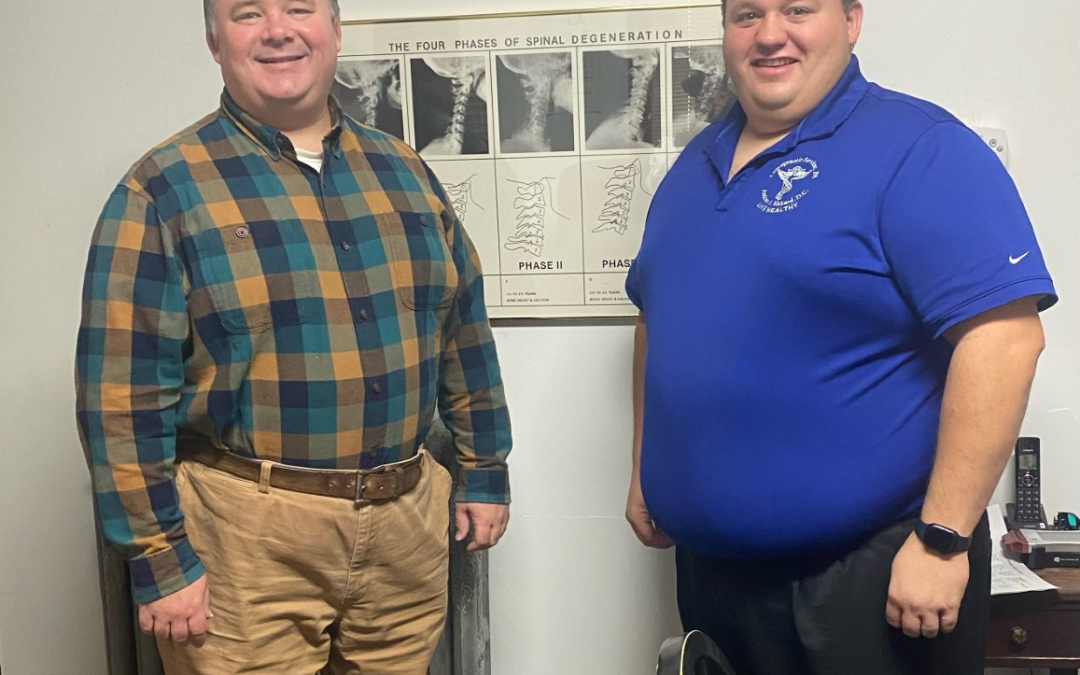 Andrew Rickard (PCA legislative Committee Co-Chair) met with Rep. John Lawrence to deliver the funds raised by the PCA fundraiser. Rep. Lawrence was very grateful for the support and looks forward to working with us in the future. Thank you again to all who donated...

On Tuesday, October 18, 2022,  7 chiropractors volunteered their time to meet at the capital to celebrate chiropractic health month and share our issues with the senators while they were in session.  Events like these provide access to legislators, which allow our...

We wanted to do a follow up and short summary of our recent virtual Fundraiser for Rep. John Lawrence held on 9/27/22. We raised $6,600 dollars with donations from 41 different doctors. If anyone has interested in getting involved in the PCA legislative Committee... 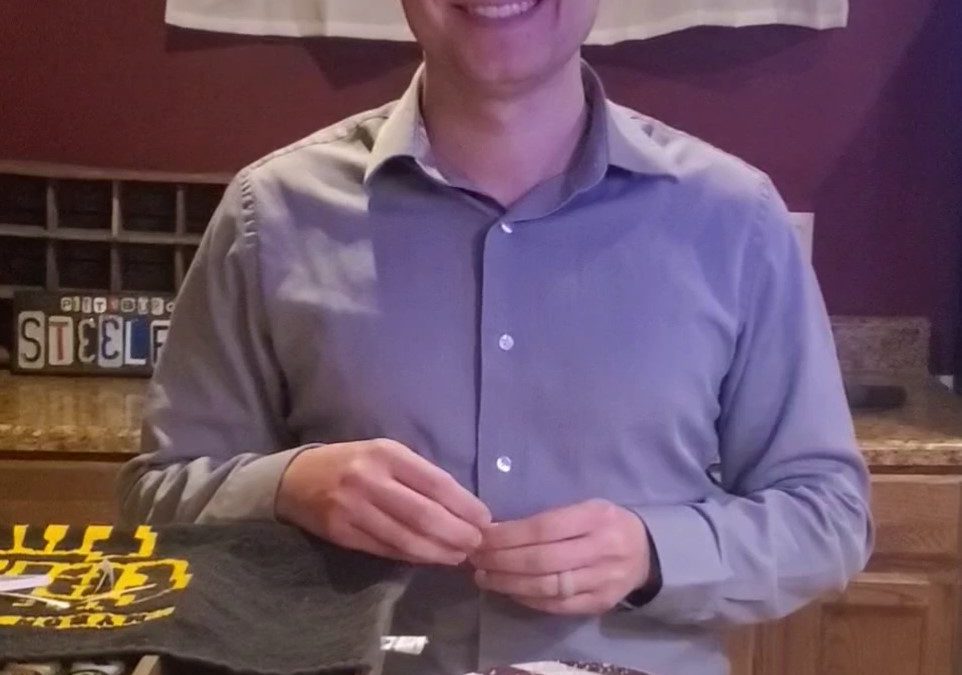 We want to thank everyone that participated and donated to the fundraiser for Rep. Lawrence!  We were able to raise $6,600 from 41 different donors.  Congrats to Justin Miller, Michael Demasi, Craig Finkelstein, Vincent Morreale, and Vic Rizzo! You should be getting...

Anyone can make a donation to the PCA’s PAC Fund.  You do not need to be a PCA member to donate.

Any individual may may make a donation to the PCA PAC Fund.

Anyone can make a donation to the PCA’s Legal Fund.  You do not need to be a PCA member to donate. 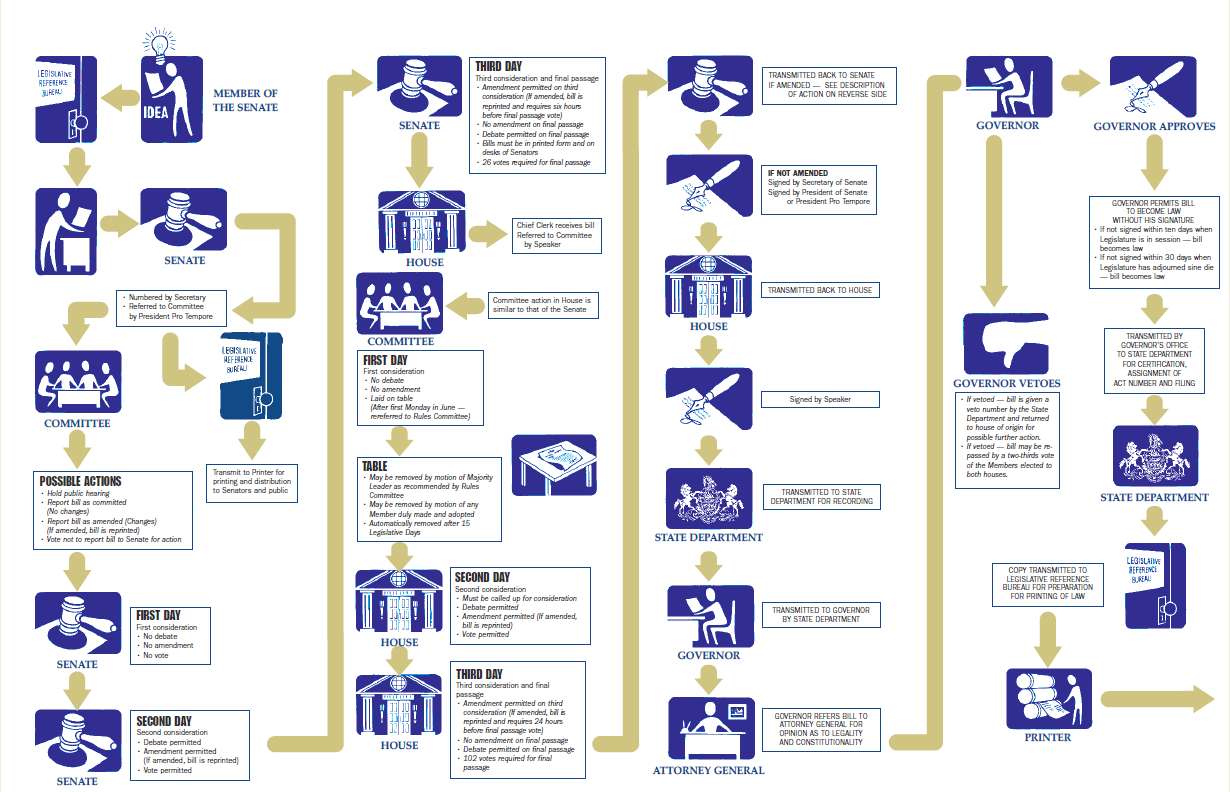 The Lawmaking power of the Commonwealth of Pennsylvania is vested by the Constitution in a General Assembly consisting of a Senate of fifty members, elected by the voters for a term of four years, and a House of Representatives of two hundred and three members, elected for a term of two years. Senators must be at least twenty-five years of age and Representatives at least twenty-one years of age. They shall have been citizens and inhabitants of the Commonwealth for four years, and inhabitants of their respective districts one year next before their election (unless absent on the public business of the United States or of this Commonwealth), and shall reside in their respective districts during their term of service.

The Legislature meets regularly every year for a two-year legislative session, as a continuing body, convening on the first Tuesday of January, and at other times when called into Special Session by the Governor on petition of a majority of the members elected to each house or whenever, in his opinion, the public interest requires. Since the General Assembly is a continuing body, sessions usually last throughout the year with occasional recesses.

At the beginning of the Regular Session when the House of Representatives meets for organization, it elects one of its members as Speaker to be their presiding officer. The Speaker, being a member, votes on all questions.

Proposed new laws or amendments to existing laws are introduced by individual members in the House or Senate in the form of bills as required by the Constitution.

The first step in lawmaking is for a member to submit ideas in writing to the Legislative Reference Bureau, which is the bill drafting agency of the General Assembly, outlining in substance what he/she desires in the proposed law. The bill is then drafted and typed in proper legal form. The member signs it, thereby assuming its sponsorship.

During the two-year session of the Legislature, be-tween 4,000 and 5,000 bills are introduced in both Houses, representing a wide range of subjects. Some are hundreds of pages in length. Many of these bills are highly controversial, requiring long debate and consideration of innumerable amendments. Obviously, it would be impossible for the Senate and House to get through the voluminous legislative business of enacting new laws; amending present ones; appropriating money; investigating governmental operations and all the other duties that devolve upon the General Assembly without the effective procedure of a committee system.

There are approximately twenty-two standing committees in the Senate and approximately twenty-seven with sub-committees in the House. These committees are the workshops of the General Assembly. It is their duty to study carefully the bills referred to them and to prepare bills which are to be reported with favorable recommendation to their respective houses. The popular opinion is that when the Legislature is not meeting, nothing is being done. The fact is that most of the work of the session is being carried forward by these standing committees when the General Assembly is not in session.

Once a bill is in committee, the committee has full power over it. Sometimes it is referred by the chairman to a sub-committee with instructions to study and make a report of its recommendations to the main committee.

After a committee has considered a bill, it may direct one of its members to report the bill to the Floor, either as committed (which means without change), as amended (with change), or, in rare instances with a negative recommendation. The committee may also decide not to report the bill at all.

The Senate or House, by a majority vote of the members elected, may discharge its committees from consideration of any bill.

Should a committee favorably report a bill in the Senate it is given a first consideration, unless there is an objection. (The Constitution of Pennsylvania requires that each bill shall be considered on three different days in both the Senate and House). No debate or amendments are permitted from the Floor at this stage.

The next step is considering and agreeing to the bill a third time and advancing it to final passage, at which time its merits may be debated. On third consideration a bill may be amended. At the conclusion of the debate, the roll of Senators is called and, if a constitutional majority of twenty-six Senators votes in its favor, the bill passes the Senate. On a special class of appropriation bills, the Constitution requires a larger majority—two-thirds of the elected membership in each house.

After the bill has passed the Senate, it is transmitted to the House by the Message Clerk. The Chief Clerk of the House signs a receipt for the bill and it is then handed over to the Speaker, who refers it to one of the House Standing Committees.

When a bill has passed finally in both houses, it is signed by the President or President Pro Tempore of the Senate and the Speaker of the House in the presence of each house. It is then transmitted to the Governor for his consideration. If he approves, he signs the bill and it becomes a law. If he vetoes it, the bill is returned to the house of origin, together with the Governor’s reasons for the veto. The General Assembly has the power to pass a bill over the Governor’s veto by a constitutional vote of two-thirds of the Members elected to each house.

The official certified copy of each bill approved by the Governor is placed in the custody of the Secretary of the Commonwealth, given an act number and filed in the State Department. It then loses its identity as a bill and becomes an “Act of the General Assembly.” The Legislative Reference Bureau, the agency in which the bill originated, prepares the act for printing. The Director of the Bureau, in punctuating and editing the act may, with the approval of the President Pro Tempore of the Senate, the Speaker of the House of Representatives and the Office of Attorney General, make any corrections which will not in any manner affect or change the meaning, intent or substance of the act. Examples of such corrections are misspelled words, typographical errors, plural or singular number, past, present or future tense appears where another should be used, a word clearly should have been omitted, etc. After all this is done, the Bureau publishes the acts in book form, known as the Pamphlet Laws, for distribution to the courts, attorneys, libraries and citizens of our Commonwealth who may request them. There is also an individual copy of the act printed for distribution and they are called “advanced copies of enacted statutes.” This saves sending a copy of the bound P.L.s when just one act is desired – this then is the law.

The accompanying diagram shows in graphic form the stages through which a bill passes in becoming a law.